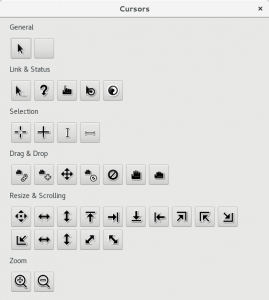 These reports are heavily inspired by the ones that the Servo team writes.

You can expect a weekly post on this blog every Monday; we’ll look at notable changes; new contributors; new features or deprecations; and scheduled events.

Hi all, and welcome back to the GTK+ development blog.

We’ve neglected this blog for a while, after the 3.0 release, but we think it’s kind of important to have a place where to talk about GTK+ (and the rest of the core GNOME platform), how it’s changing, and where it’s going.

Going forward, we are not going to use this blog for announcements — though if you want the, you can simply subscribe to the gnome-announcement mailing list. Instead, we are going to use this space to present what is happening in GTK+; to discuss the road map; to spotlight some new feature, and maybe some old one that is not well known.

Stay tuned, and as usual: have fun!